For any parent, hearing that your 11-year-old child has collapsed and suffered a cardiac arrest is the stuff of nightmares. That nightmarish scenario became a reality for Donna and Kevin Richards in December 2021 when their son, Finlay, collapsed at Penrice Academy due to a previously undiagnosed heart condition. Fortunately, this story has a happy ending.

The quick delivery of CPR by the school’s First Aid Instructor and, crucially, the use of the school’s defibrillator (purchased in 2018) managed to save Finlay’s life.

Following on from the incident in December, Cornwall Education Learning Trust (the Multi Academy Trust that owns Penrice Academy) has been campaigning to raise £20,000 worth of funds to purchase defibrillators for all 10 Primaries and 4 Secondaries under its care.

Today, the Trust are delighted to announce a generous five-figure donation of £10,000 made by St Austell-based scrap metal merchant Henry Orchard & Sons.

The donation came as a result of Luxulyan Primary School’s Mount Everest Challenge – a sponsored 47 laps around the school field that was the carefully measured equivalent height of Mount Everest.

Students from Year 1 all the way up to Year 6 encouraged and supported each other as they ran, jogged, skipped, walked and even cartwheeled their way around, signing their event cards at key checkpoints.

Emma Williams, Head of School at Luxulyan School, said: “When Mr Orchard phoned, it started off like any normal conversation. He said that he had heard about Finlay’s story and our fundraising through some Luxulyan parents. I explained in more detail what we were doing and how the community were coming together to raise money for a defibrillator. Mr Orchard then said he would like to donate £10,000 and I was completely taken aback. I honestly don’t remember much of the conversation after that – I was lost for words. All I could do was express my sincere thanks and gratitude to Mr Orchard.”

During a cheque presentation on Tuesday 14 June, Mr Orchard said: “I had heard of Finlay’s story and, as a family business, we feel it is important to give back to the local community. My brother and I both went to Luxulyan Primary and Penrice as a secondary school. It is nice to give something back to our childhood schools; it’s a brilliant cause. Defibrillators should be in every school, every village, and everywhere that is accessible.

DefibMachines.co.uk, a UK supplier of defibrillators, state that if a person suffers a cardiac arrest their chances of survival are 5%, however when a defibrillator is used within the first 10 minutes this increases to 75%.

Donna McGrath, Penrice Academy’s First Aid Instructor who revived Finlay, called for a reform in UK government legislation saying: “The survival rates without defibrillators really do plummet. Nationally, there are 270 instances of what happened to Finlay in schools each year. Legally, you are required to have a fire extinguisher in school, yet despite the alarming statistics, schools are not legally required to have a defibrillator.”

Mrs McGrath continued: “A key barrier to purchasing a defibrillator for schools is limited budget. We feel that defibrillators should be government funded for all schools, but in the meantime, we are doing all we can to raise funds and purchase our own. A massive thank you must go to Mr Orchard for recognising this need and supporting our campaign.”

Cornwall Education Learning Trust plan on installing the defibrillators just outside their school gates, making them publicly accessible in the event of emergencies.

When interviewed at the cheque presentation, Mr Geoff Brown, Chair of Trust Board at Cornwall Education Learning Trust, was keen to share some myth-busting for members of the public who may have never used a defibrillator.

Mr Brown said: “If you have never used a defibrillator before then don’t be afraid. If you open a defibrillator, it will talk you through the whole process. It will encourage you to stay calm, direct you on where to place the pads. Furthermore, if the patient is not suitable to receive a shock, it will detect this and not shock the patient; you really can’t go wrong. They’re purposely designed for use by people with little to no experience, so don’t feel daunted.”

Lucy Gambier, Headteacher at Penrice Academy, finished by saying: “It is so amazing that we can all be here today with such a great news story to share and to help publicise the use of defibrillators more widely. A big thank you to Henry Orchard & Sons for their support.”

Members of the public and local businesses can donate to the Cornwall Education Trust defibrillator fundraising campaign by visiting their JustGiving page.*

*NOTE: At the time of publishing, the previously donated sums of money are not updated on the Just Giving Page. The current fundraising total stands at over £12,000, with a further £8,000 to go to reach our target. We will work to update the JustGiving page as soon as possible. 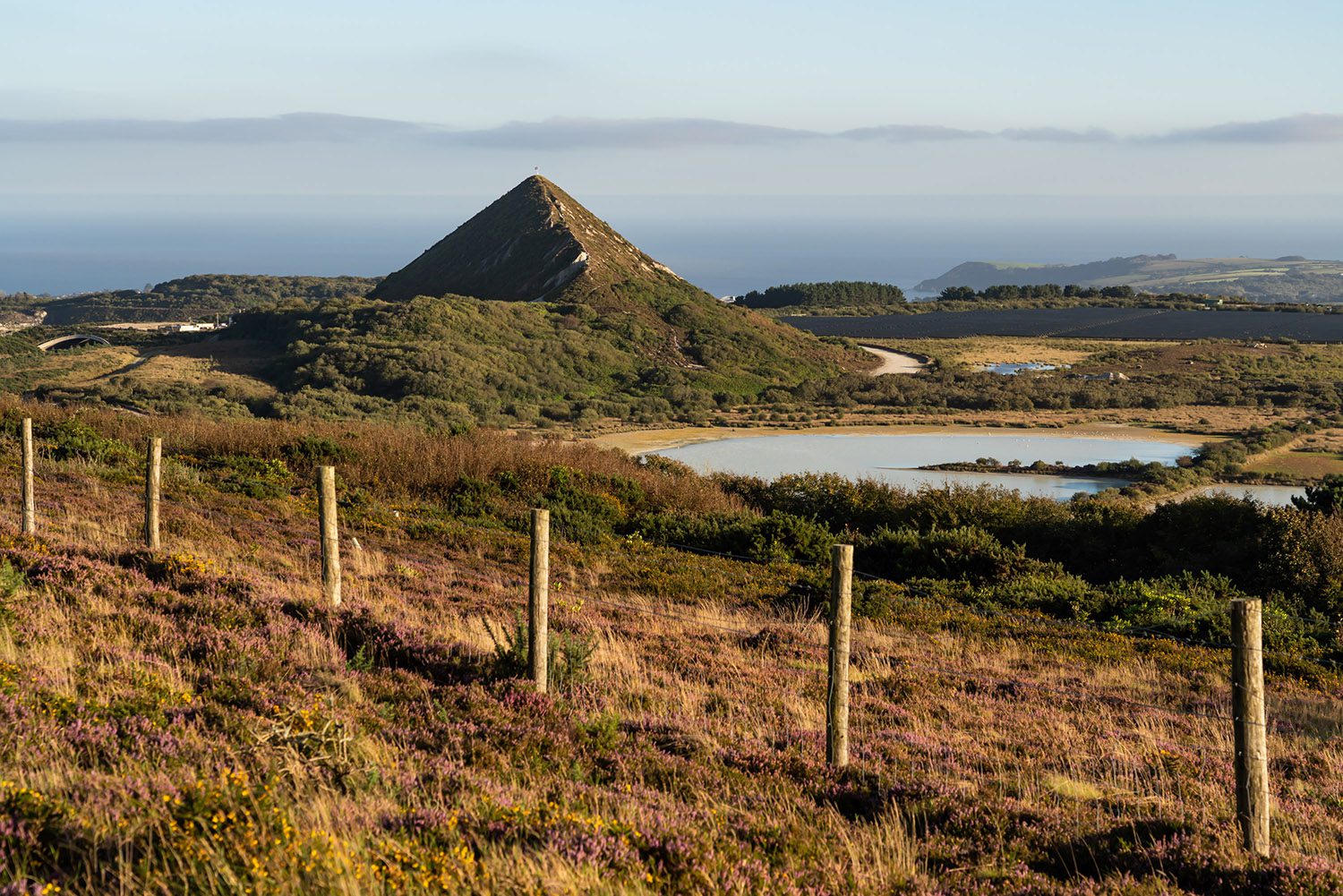 No matter where you find yourself in St Austell, one thing is for sure, you’ll never be too far from a beach.