The Austell Project’s Whitegold Ceramic Art Trail is near completion, after three years in the making, as the UK’s if not the world’s, tallest ceramic sculpture is revealed in St Austell in Cornwall.

The exciting new ceramic sculpture, entitled Earth Goddess, has been created by artist Sandy Brown – and stands over 11.5m high (which is bigger than two double decker buses on top of each other!).

The striking form is made from five large circles of clay, each built in three sections, placed on top of each other. Looking like giant ceramic beads on a metal pole – with outstretched arms, about 6m wide, decorated with drops and flashes of bright colour.

The creation is intended as a celebration of St Austell’s connection to China clay. Artist Sandy Brown says: “I really wanted this sculpture to make an impact and for it to visually connect with St Austell’s rich China clay heritage. The Earth Goddess is made of the product, clay, which is so intrinsic to this place. It’s my hope that she celebrates the town’s unique history and represents our collective and eternal roots with the environment, nature, and mother earth.”

The arrival of the Earth Goddess also marks the near completion of the Austell Project and it’s incredible outdoor Whitegold Ceramic Art Trail – a new public art exhibition made up of 18 bespoke ceramic commissions in locations across St Austell town centre, created by leading artists. Each piece is designed to express the town’s China clay heritage, the landscape, and local people.

Alex Murdin, Whitegold Project Curator, says: “St Austell is famous for its China clay and has been since about 1740, but as the clay industry declined so did the town’s economic fortune. Part of what we’ve been doing is inviting world-famous artists to create special public art commissions especially for St Austell, made of clay which helped build this community, to encourage people to think differently about their place. It’s been an incredible project, years in the making and we can’t wait to see the Earth Goddess take her place in St Austell – once again putting the town on the map!”

For more information about the Earth Goddess, the Whitegold ceramic artworks and the work of the Austell Project, please visit www.austellproject.co.uk 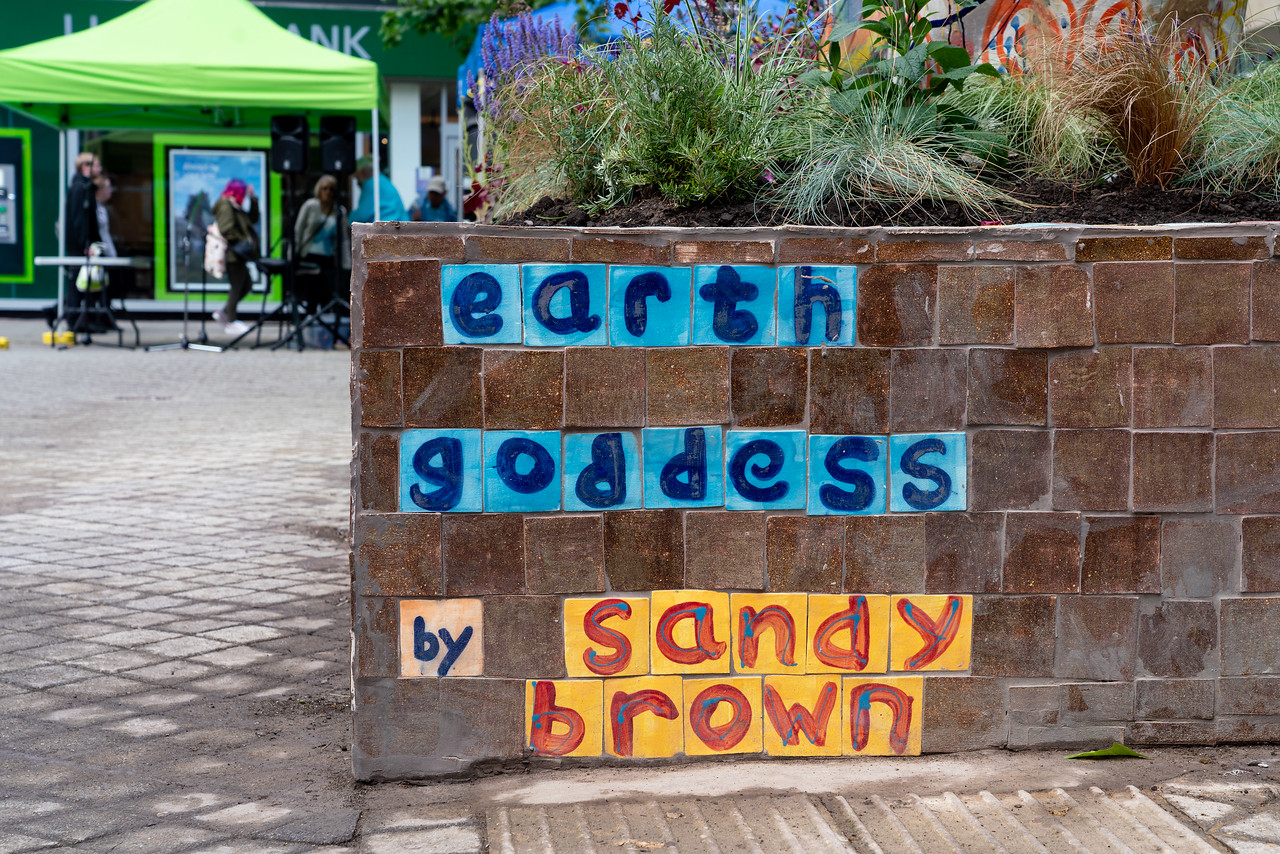 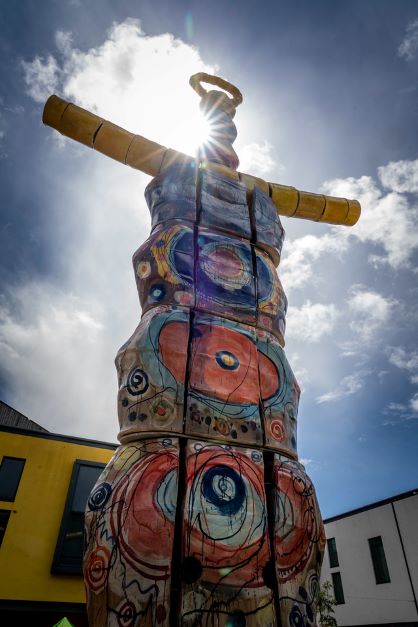 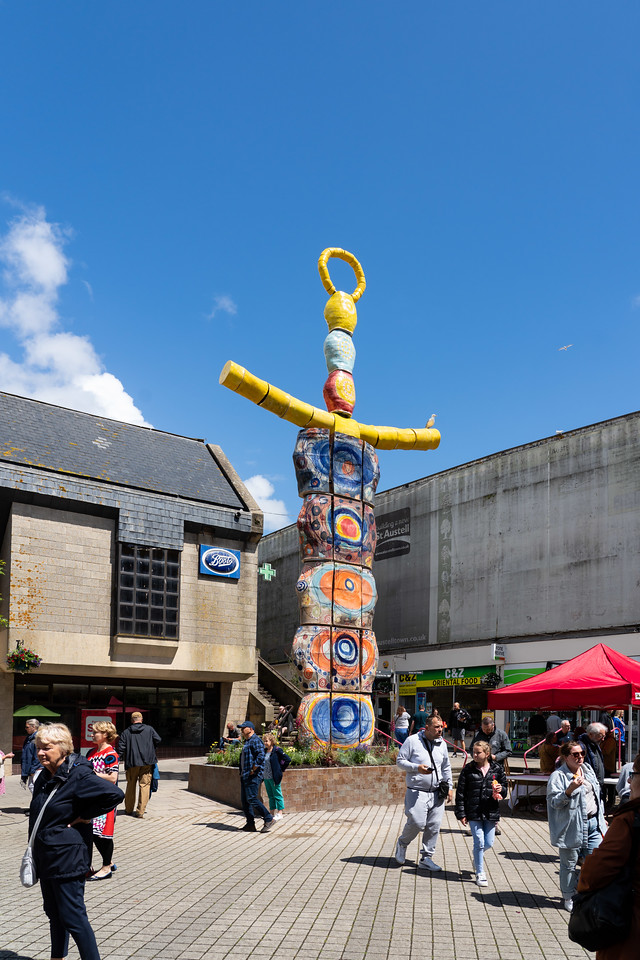 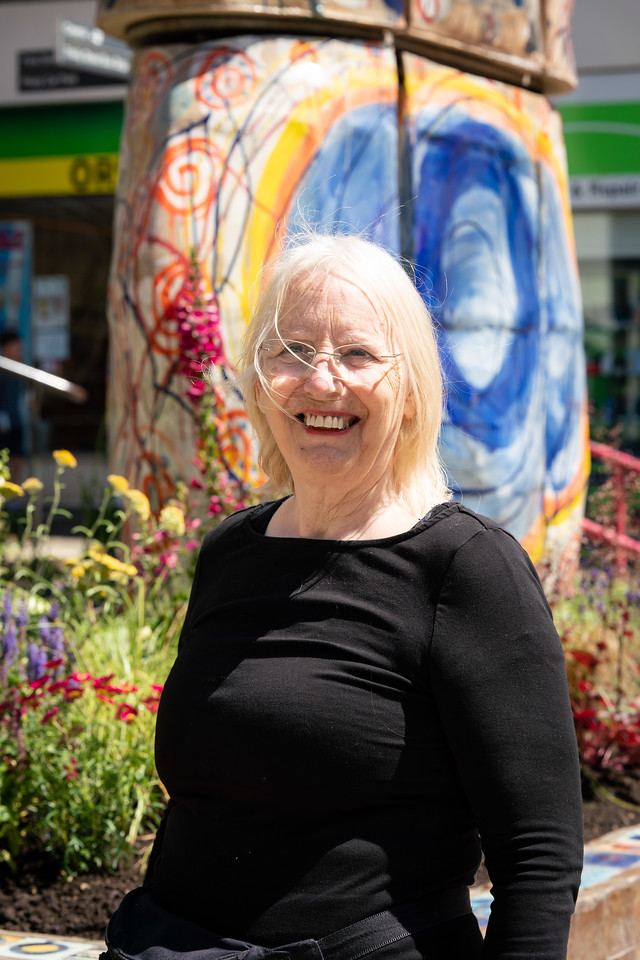 One of the most well-known UK ceramicists, trained in the art of making ceramics at the Daisei Pottery in Mashiko, Japan. 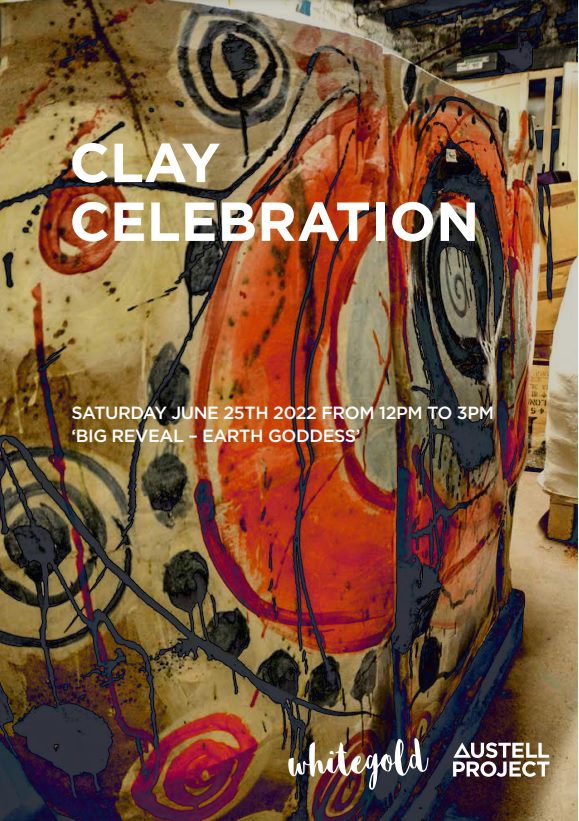 Clay Celebration and the Big Reveal of the Earth Goddess in Aylmer Square, St Austell town centre on the 25th June 2022 from 12pm.