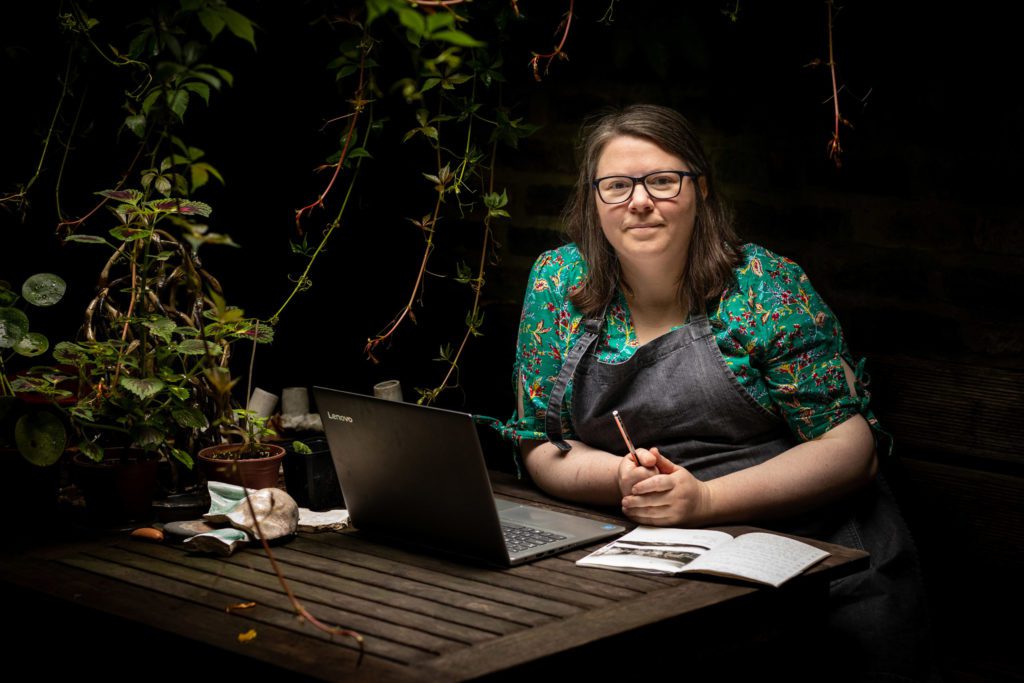 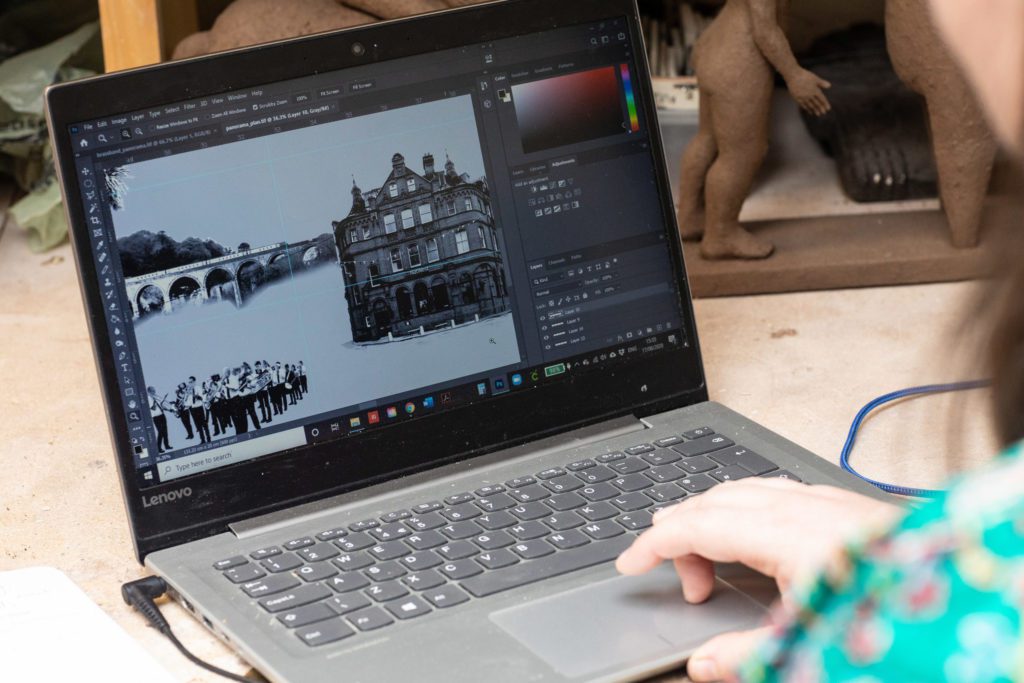 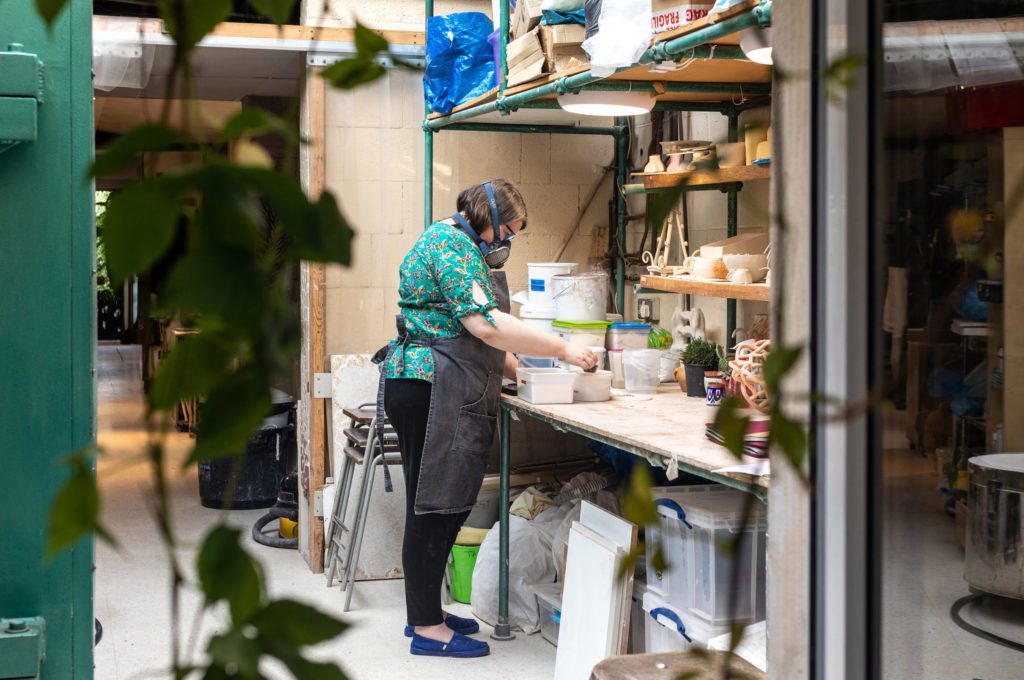 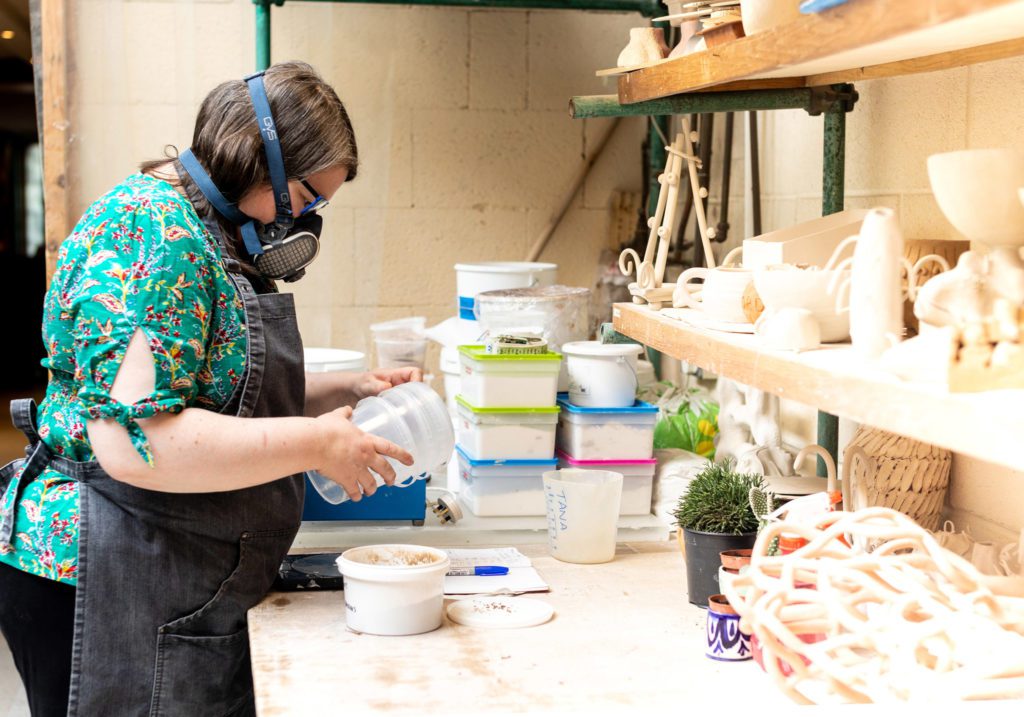 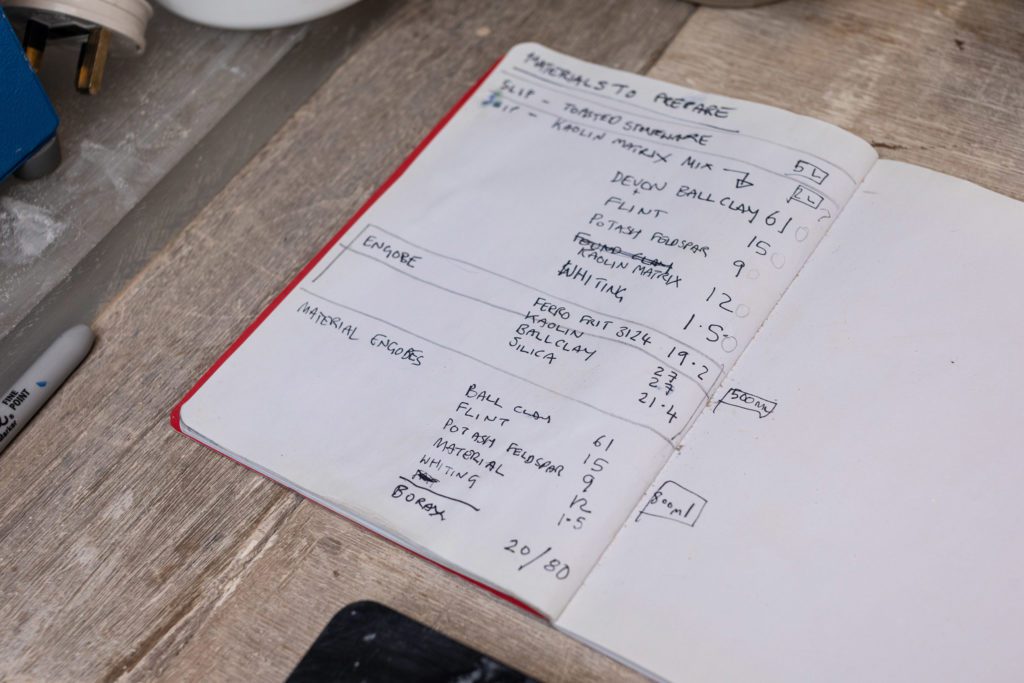 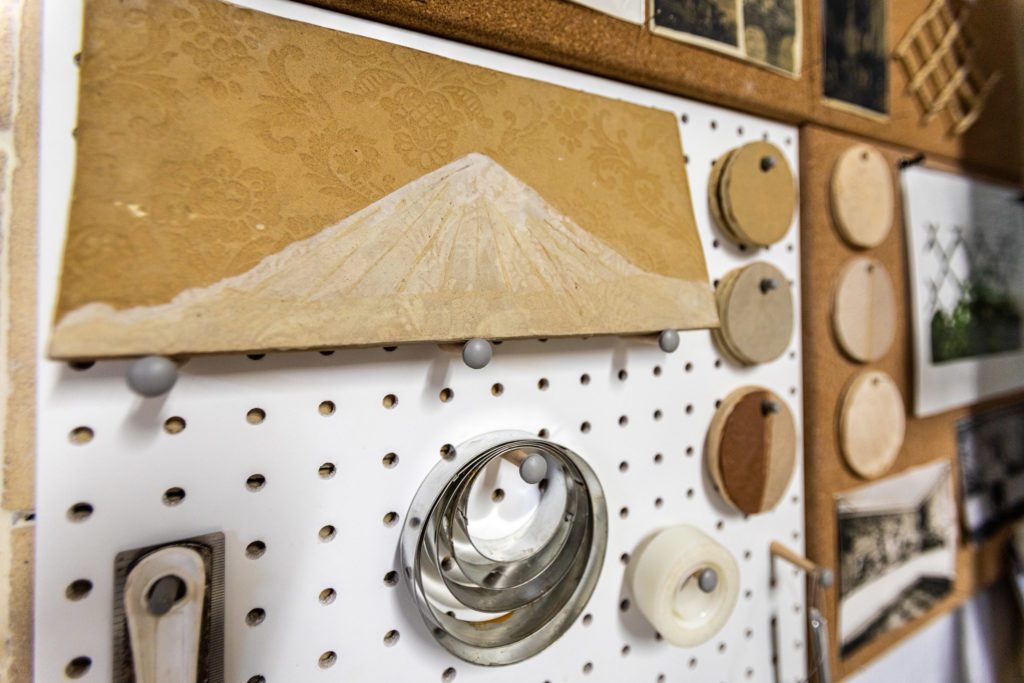 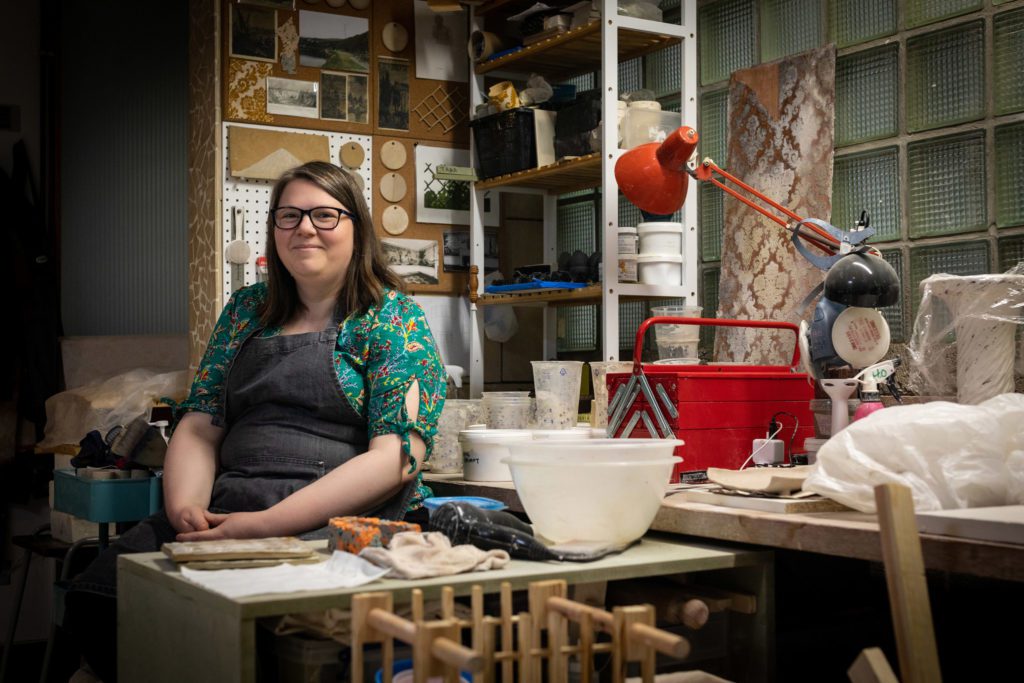 Tana’s work involves place specific and collaborative approaches: she has waded in mud with environmental historians to examine our relationship to water, and re-invigorated thinking about Somerset’s apple culture. In 2017 Tana created [UN]WOVEN, an artwork made with the help of a distributed online community sending clayey soil to her in a variety of ad hoc receptacles. Tana won Award at the British Ceramics Biennial for [UN]WOVEN and in 2019 she was selected for the Jerwood Makers Open for ‘Through a Glass Darkly’, a black ceramic version of a funfair hall of mirrors.

The Whitegold International Ceramic Prize offered Tana a chance to make work that draws on china clay country’s rich vein of interactions between the social and the geological.

Her finished work is inspired by wallpaper depicting the Bay of Naples that hung in the White Hart Hotel in St Austell when it opened in 1822 and was later donated to the Victoria and Albert Museum in the 1930’s by St Austell Brewery. This wallpaper by Dufour and Sons, was a positive reflection of the prosperity and global links of the early traders in china clay. Through experimentation with paperclay created using waste materials from china clay extraction and using local stories and imagery, Tana has constructed a circular panorama with 15 panels depicting St Austell’s clay country.

“I’m interested in how local materials create a particular effect that is special to that place. For example, the original pink hue of the Financial Times newspaper came from the unbleached china clay from Bodelva Pit. Lots of English 19th century wallpapers used mica – a by-product of china clay extraction – to achieve a lustre effect.”

Tana has made the ceramic clay from local materials, then created motifs of the area for the panoramic panels.

Find out more about Tana West at tanawest.co.uk 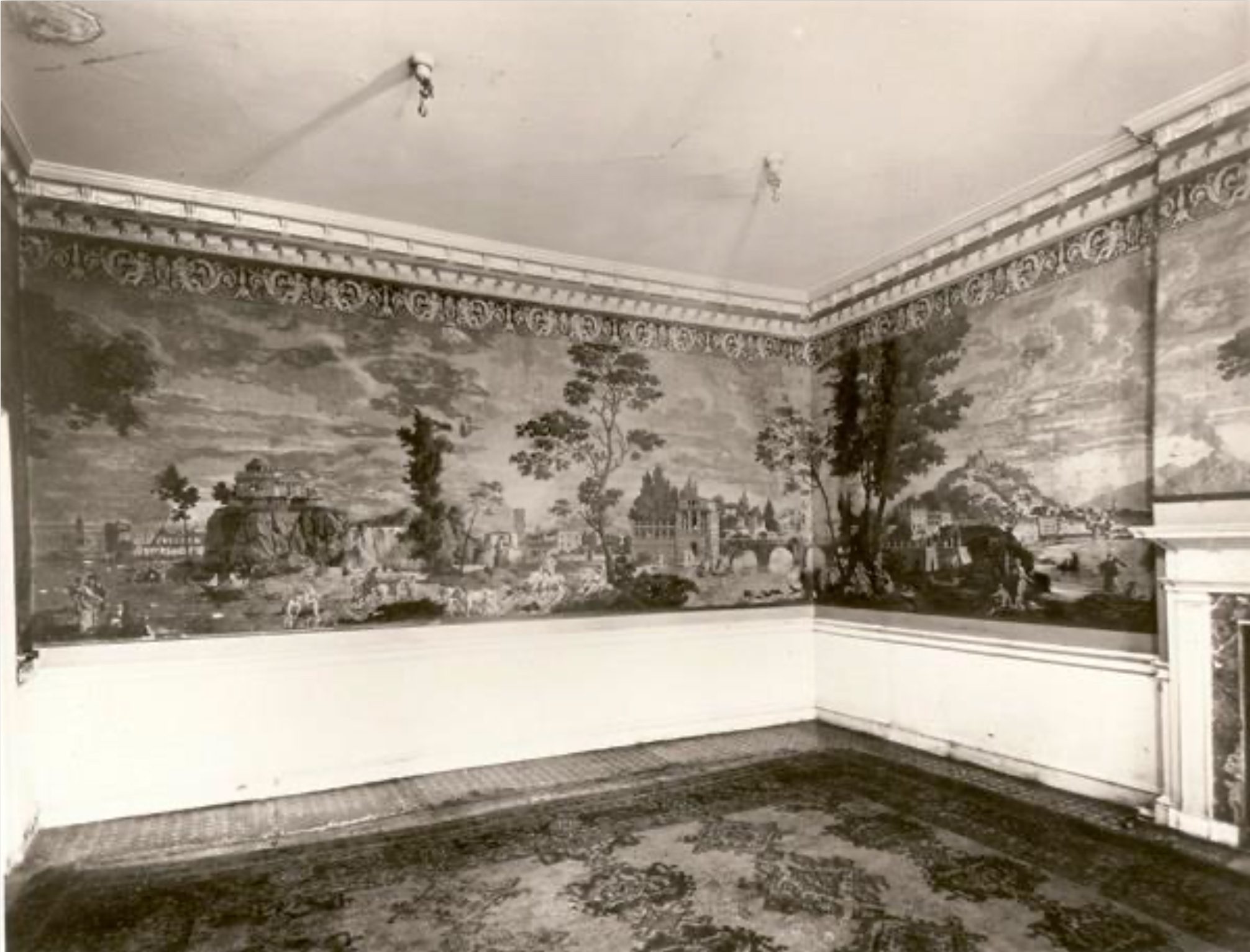 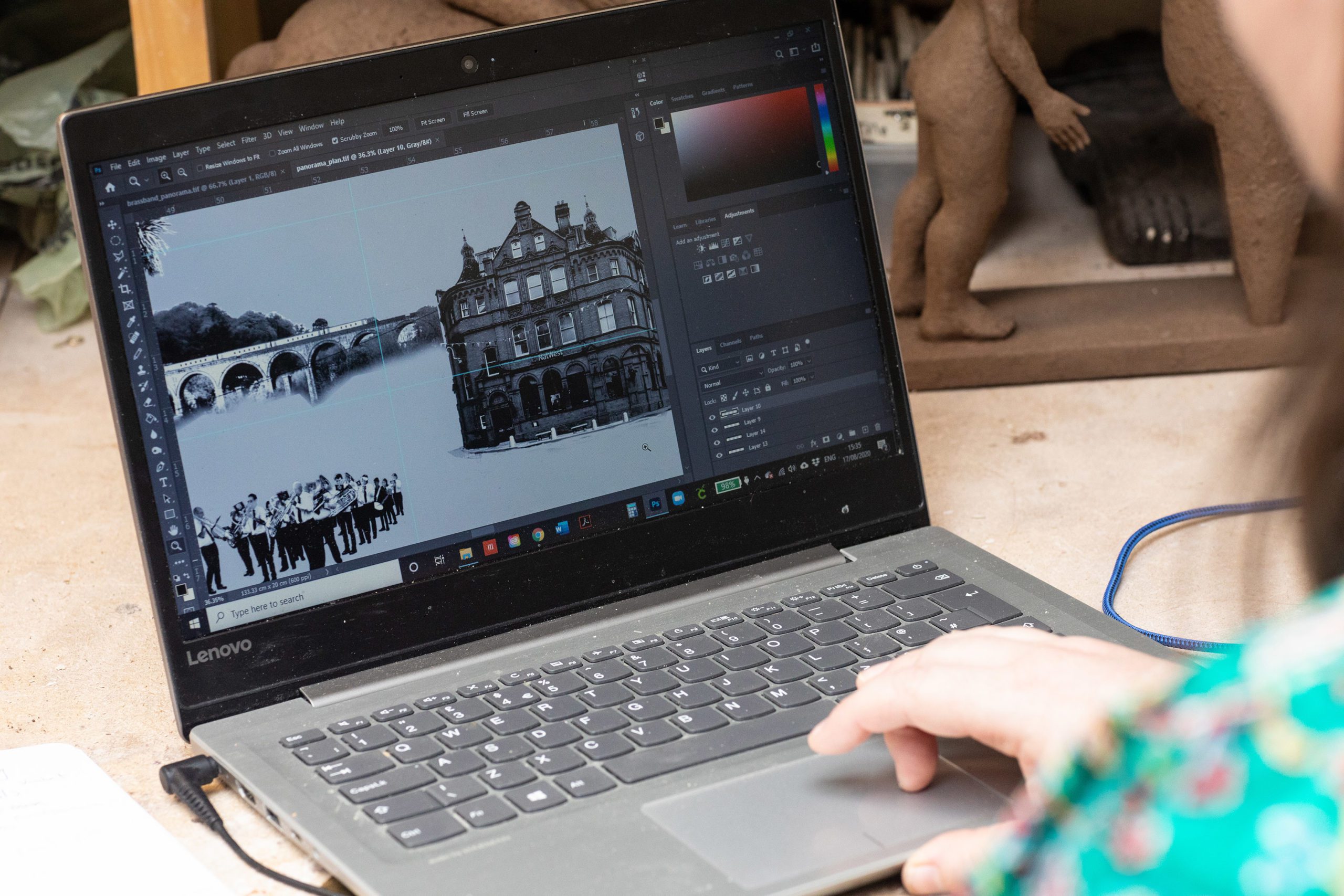 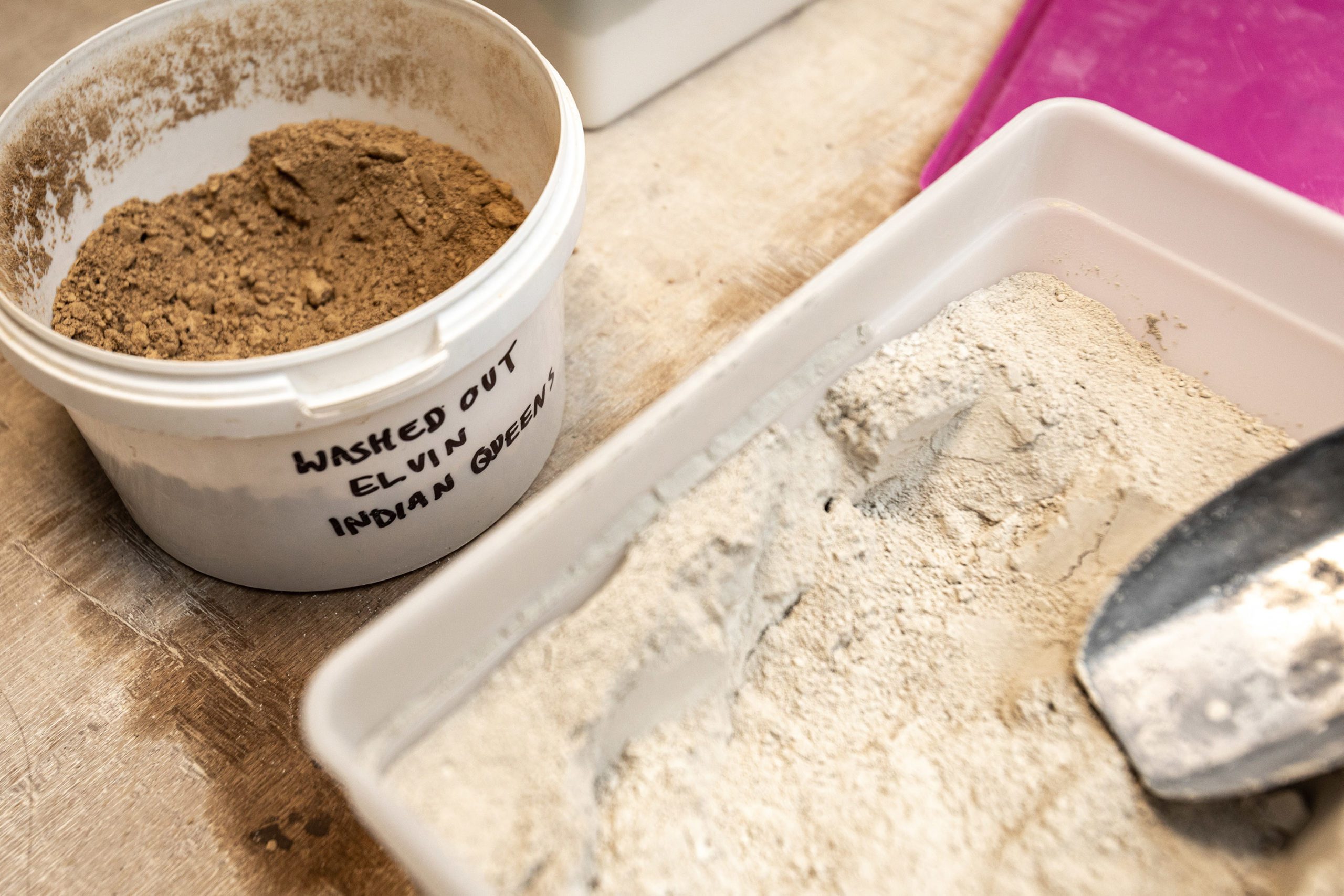 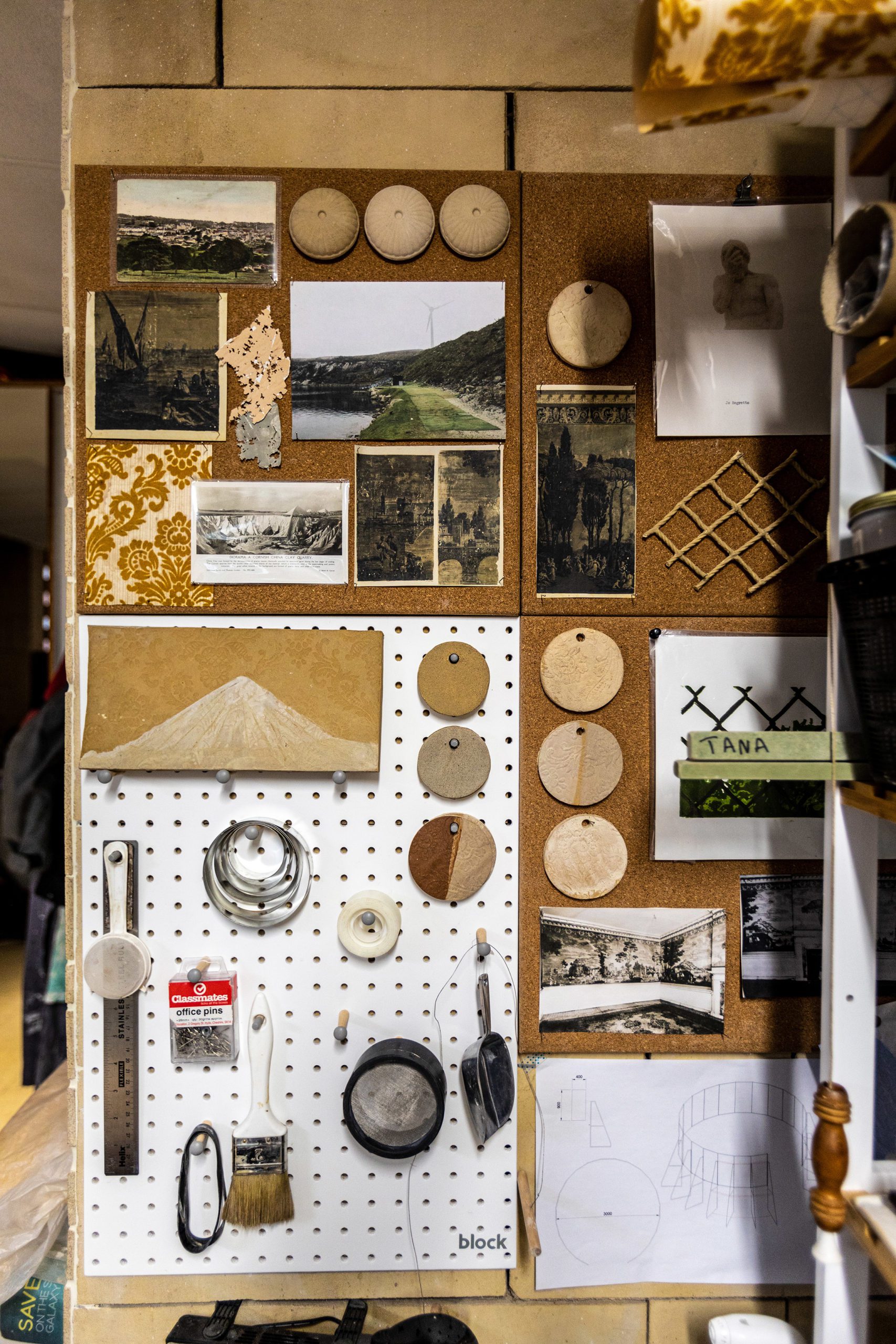 Tana opened the doors to her studio to share her work in progress in the creation of her 3m diameter panorama of St Austell clay country. Watch 2 films prepared for the 2020 online Green & Whitegold Festival below. 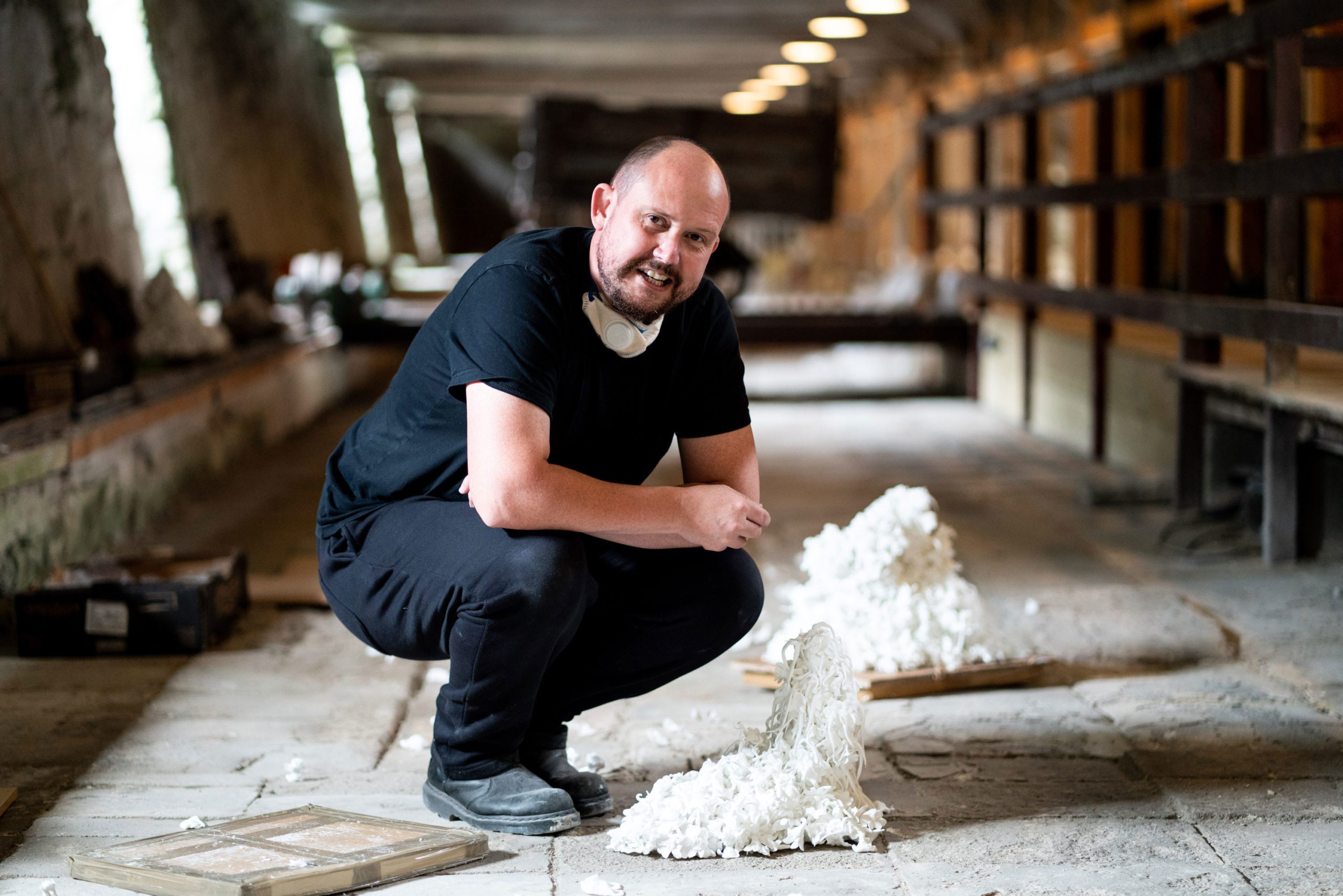 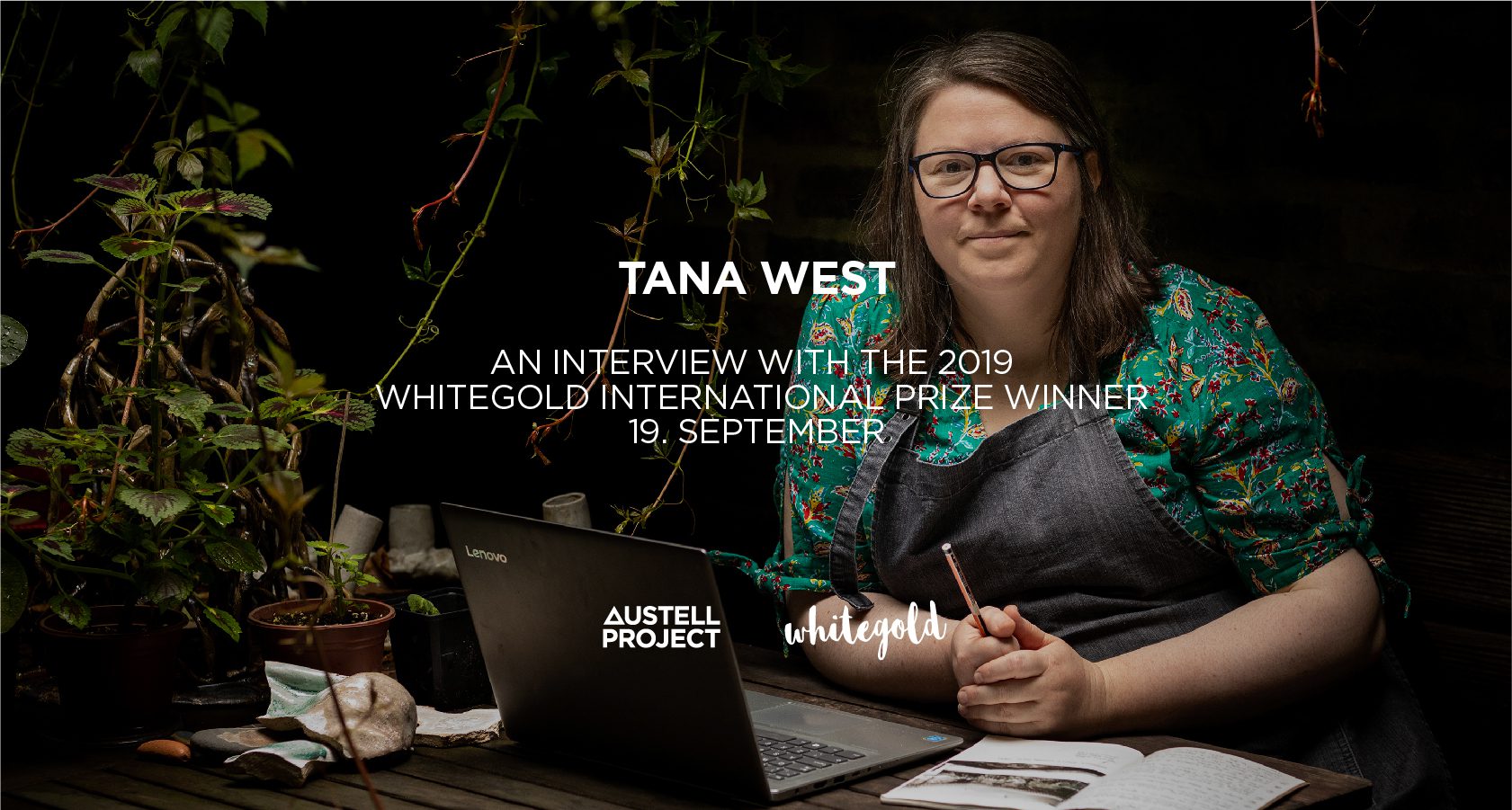 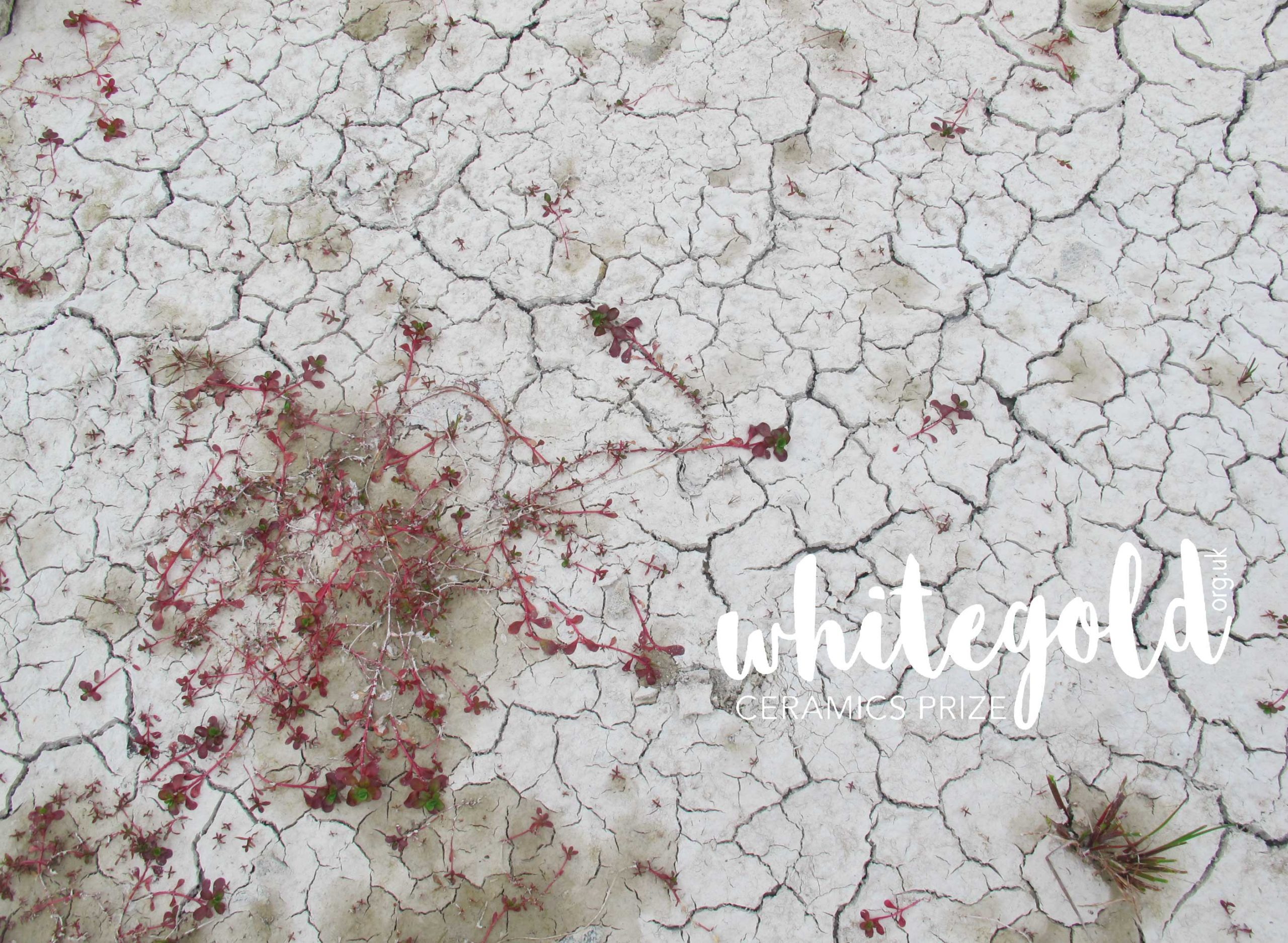 Artists, collectives and CIC’s are invited to submit works that use clay.

10 finalists were selected on the basis of artwork that connects people, culture and place in a variety of ways.